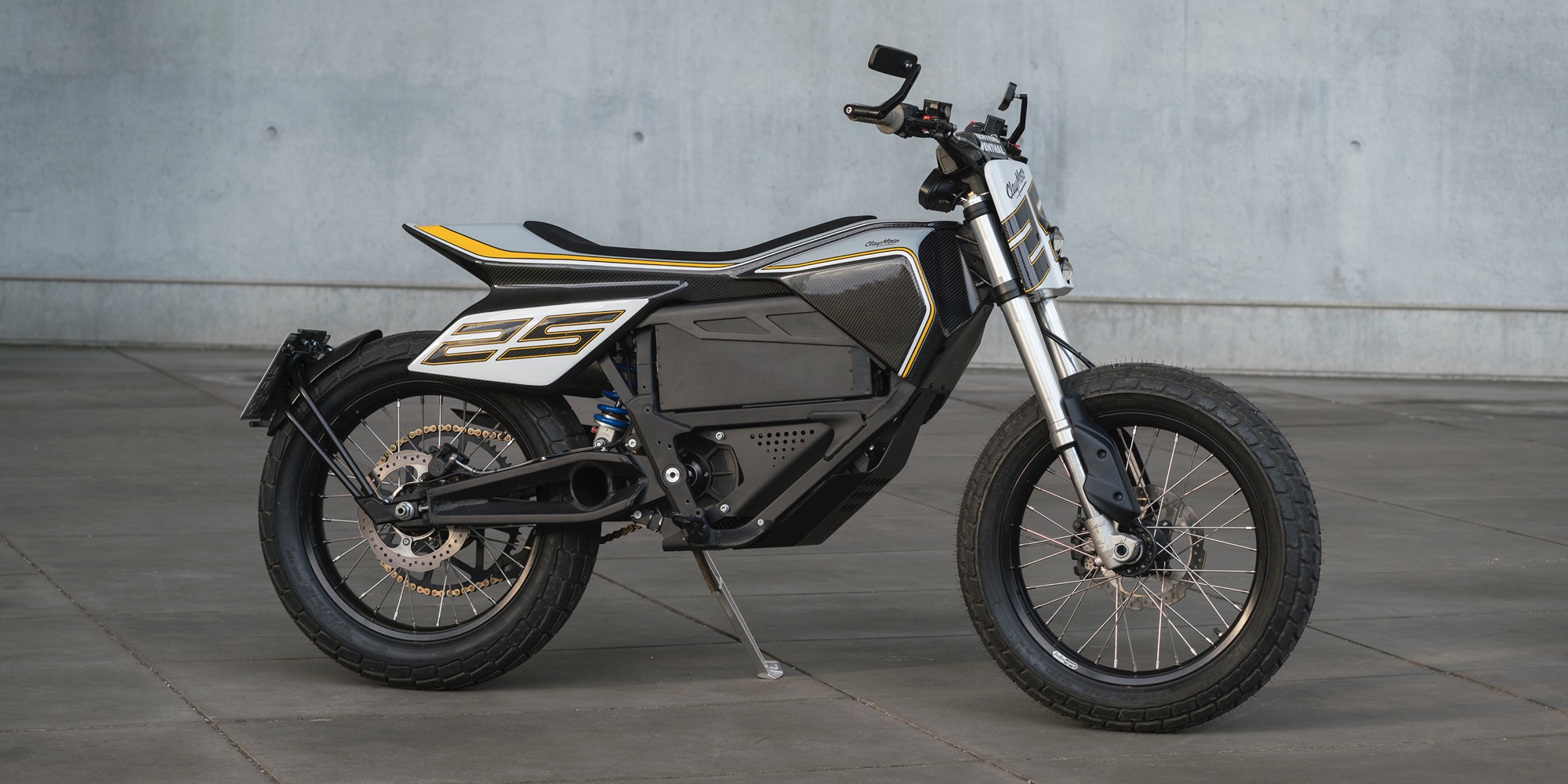 While many people might think that all automotive body development takes place in CAD or computer aided design these days, a big chunk of it still gets the old school clay modeling treatment to sculpt out designs that computers just can’t emote as well as the human hand. And that’s exactly how Nick Graveley of Claymoto developed new bodywork for the Zero FX electric motorcycle, turning it into a classic 80’s-style flat track racing motorcycle known as the Quiet Riot.

Nick has been working in clay modeling for 15 years and founded Claymoto to work exclusively with motorcycle designs.

He first got involved with Zero Motorcycles during the design of the original Zero SR/F electric streetfighter bodywork way back in 2017. That’s when he got the idea to update Zero’s classic FX supermoto with some new styling – based on some old styling. And thus, the seed for the Quiet Riot electric flat track racer was born.

Flat track racing, while still in existence now, was in its heyday in the 1970’s and 80’s, and Nick thought that the Zero FX would make a great platform for such a bike. Its high torque, regenerative braking and lightweight design should make it perfect for the sport. It just needed to look the part.

So Nick set to work to give the Zero FX the full clay model treatment and turn it into the Quiet Riot. 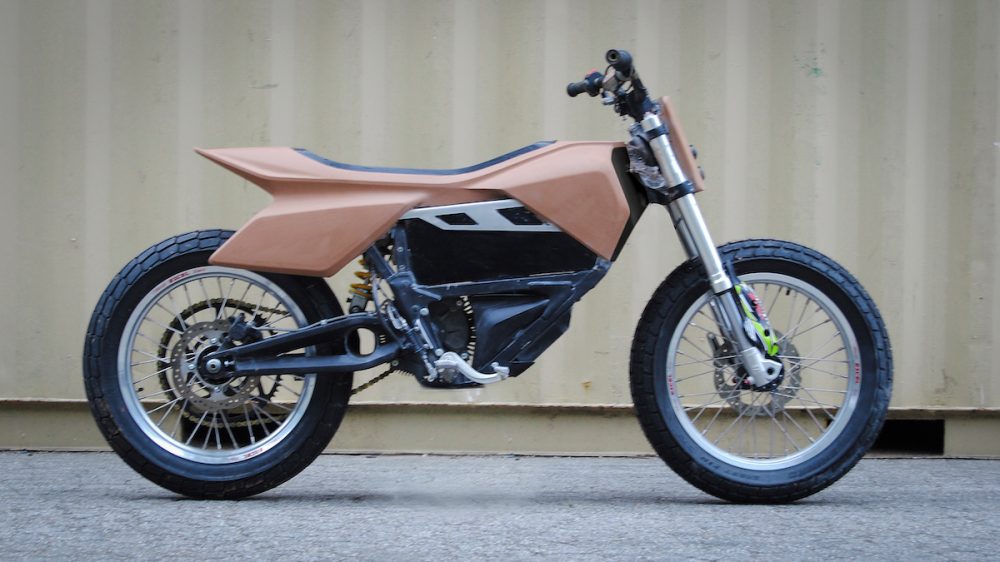 It took about 80 hours of work, during which Nick used a mirror to create a centerline, which allowed him to model just half of the bike’s new body work. As he described it in his own words in a statement to Electrek:

“I took inspiration from the flat trackers of the 70s and early 80s, when flattrack was last a big thing. The large side and front numberboards being a staple feature of these bikes. Keeping the bike as smooth as possible around the knee area was also important so as not to catch the rider’s leathers when riding. I’ve always been an advocate of shrink wrapping the bodywork around the engineering package as much as possible, and this has been achieved here as much as possible.”

Once he had the design hand finished to the right shape, he then scanned the Quiet Riot bodywork into a computer and finished in with industry software to create a mold for the carbon fiber body panels. 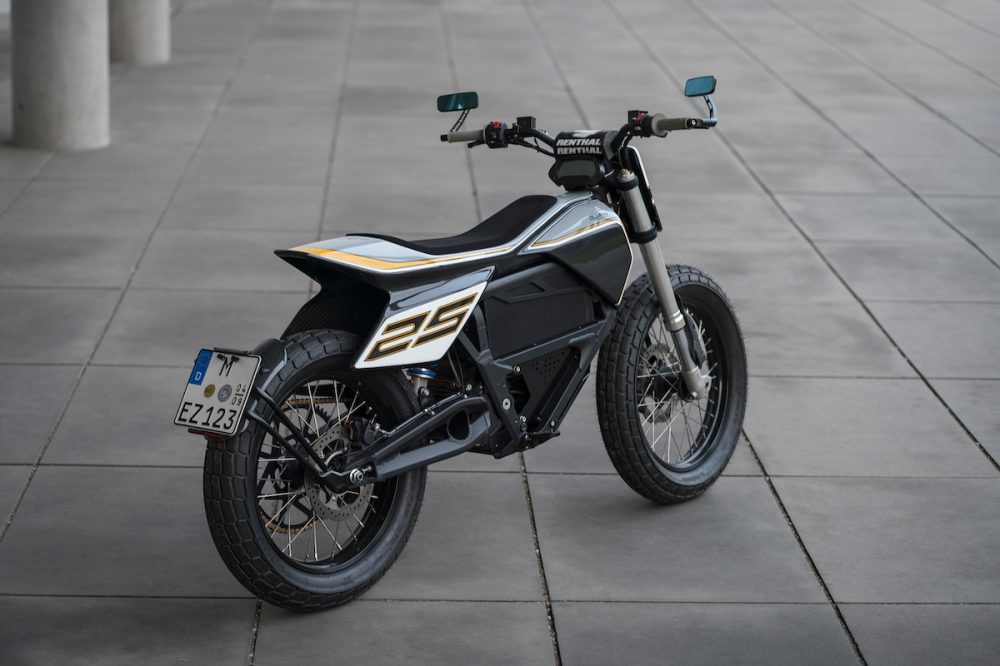 In addition to the body work, the Zero FX required a few other changes to get it ready for true flat track racing. The belt drive system was swapped out for a chain kit and a custom setup was created for the rear lights, license plate holder and rear mud guard. The three can be removed quickly and as one unit ahead of a race.

Other changes included new front head lights, shortening the suspension, moving the rear brake to the left handlebar (a unique feature that only electric motorcycles can offer), adding an aluminum bashplate and relocating the speedometer to retain the classic numberboard look up front.

Now Nick has a kit all setup that will allow riders to bolt-on the setup to their own Zero FX and achieve a very rare electric flat track racing motorcycle. Just get in touch with Claymoto to learn more about turning your FX into a Quiet Riot.

As much as I love the Zero FX platform, I spend most of my time on the road and thus I think I’ll stick with the Zero FXS, which I reviewed earlier this year. But if I ever head to the dirt and want to try my hand at flat track racing, now I can at least do it in style.