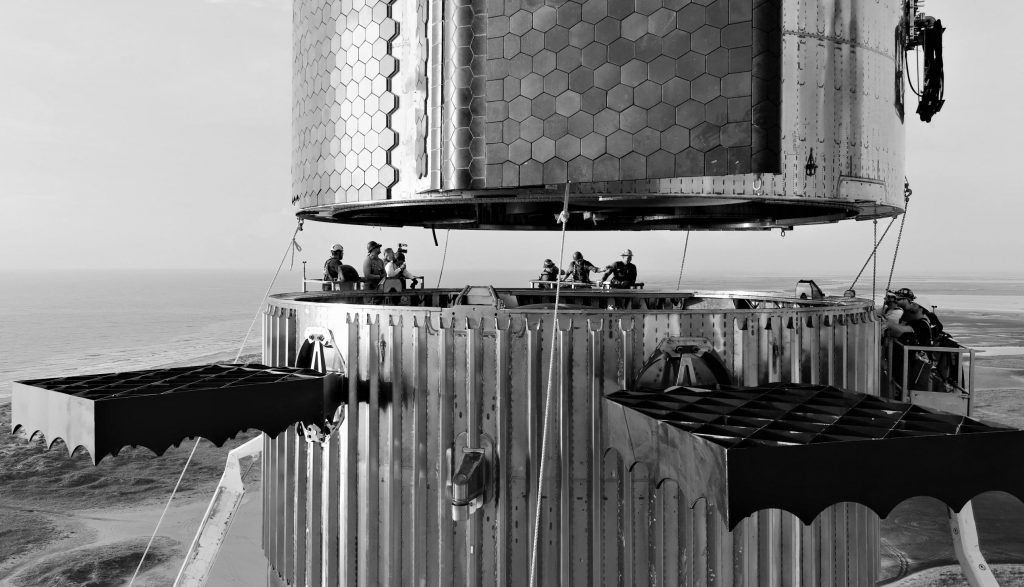 In a rare sign of material progress, SpaceX and the FAA have finally released what is known as a draft environmental assessment (EA) of the company’s South Texas Starship launch plans.

Set to be the largest and most powerful rocket in spaceflight history when it first begins orbital launches, the process of acquiring permission to launch Starship and its Super Heavy booster out of the wetlands of the South Texas coast was never going to be easy. The Boca Chica site SpaceX ultimately settled on for its first private launch facilities – initially meant for Falcon 9 and Falcon Heavy but later dedicated to BFR (now Starship) – is simultaneously surrounded by sensitive coastal habitats populated by several threatened or endangered species and situated mere miles as the crow flies from a city whose temporary population oscillates from a few thousand to tens of thousands.

Reception and analysis of the draft and its timing have been mixed. On one hand, SpaceX’s draft EA – completed with oversight from the FAA and help from the US Fish and Wildlife Service (USFWS) – gives a number of reasons for optimism. In a sign that SpaceX is taking a pragmatic approach to the inevitable environmental review and launch license approval hurdles standing in front of orbital South Texas Starship launches, the company has actually pursued what is known as a “programmatic environmental assessment” (PEA).

Most importantly, that means that SpaceX’s Starbase PEA – if approved – will be more like a foundation or stepping stone that should make it easier to start small and methodically expand the scope and nature of the company’s plans for Boca Chica. Along those lines, as part of Starbase’s first dedicated environmental assessment, SpaceX has proposed a maximum of 23 flight operations annually while Starship is still in the development phase, including up to 20 suborbital Starship test flights and 3 orbital launches (or Super Heavy hops). Once SpaceX has worked out enough kinks for slightly more confident Starship operations, the company would enter an “operational phase” that would allow for as many as five suborbital Starship launches and five orbital Starship launches, as well as ship and booster landings back on land after all 10 possible launches.

In other words, SpaceX’s initial draft PEA is extremely conservative, requesting permission for what amounts to a bare minimum concept of operations for orbital Starship launches. At a maximum of 3-5 orbital launches per year, a PEA and subsequent launch license approved as-is would likely give SpaceX just enough slack to perform basic Earth orbit launches and no more than one or two orbital refilling tests per year. However, as an example, a five-launch maximum would almost entirely prevent SpaceX from launching Starship to Mars, the Moon, and maybe even high-energy Earth orbits without using all of its annual launch allotments on a single mission.

Perhaps most importantly, the draft PEA as proposed would unequivocally prevent SpaceX from performing the NASA Human Lander System (HLS) Moon landings it received an almost $3 billion contract to complete. Each HLS Starship Moon landing is expected to require anywhere from 10-16 launches to deliver a depot ship, HLS lander, and ~1200 tons of propellant to orbit. However, in terms of SpaceX’s prospects of developing Starship as quickly as possible, that’s actually a good thing. Above all else, SpaceX’s slimmed-down draft PEA should be far easier for the FAA to approve than a PEA pursuing permission for Starship’s ultimate ambitions – dozens to hundreds of launches annually – from the beginning. In theory, with this barebones PEA approved, SpaceX would then be able to build off the foundation with additional environmental assessments – like, for example, of expanding Starship’s maximum launch cadence.

Of course, SpaceX first needs the FAA turn this first draft PEA into a favorable environmental assessment (not a guarantee) before any of the above starts to matter. Based on the content of the draft itself and associated appendixes, SpaceX appears to have a decent shot at receiving a “finding of no significant impact (FONSI)” or “mitigated FONSI” determination. However, SpaceX began the process of creating that draft as far back as mid-2020, followed by an FAA announcement in November 2020. The implication is that the FAA managed to drag out a draft release process that some have estimated should have taken 3-4 months into an arduous 10-15 month ordeal.

Combined with the uphill battle it’s starting to look like SpaceX will have to wage for an orbital Starship launch license in South Texas, it’s looking increasingly likely that Starship, Super Heavy, and Starbase will be technically ready for orbital launch tests well before the FAA is ready to approve or license them. Barring delays, the public now has until mid-October to read and comment on SpaceX’s draft PEA, after which the FAA and SpaceX will review those comments and hopefully turn the draft into a completed review. Even if the FAA were to somehow take just two months to return a best-case FONSI, clearing Starbase of environmental launch hurdles, it’s hard to imagine that the agency could then turn around and approve an orbital Starship launch license – or even a one-off experimental permit – in the last few weeks of 2021.

Ultimately, that means that nothing short of a minor miracle is likely to prevent the FAA’s environmental review and licensing delays from directly delaying Starship’s orbital launch debut. There is at least a chance that Starship, Super Heavy, and Starbase’s orbital launch site wont be ready for orbital launches by the end of the year, but it’s increasingly difficult to imagine that all three won’t be proof tested, qualified, and ready for action just a month or two from now. For the time being, we’ll just have to wait and see where the cards fall.